It’s Not a Wedding Without a Photo Booth

In the last several years a growing trend has taken the wedding industry by storm – the rented photo booth. Remember the mall photo booth? The kind where you could step inside, close the curtain and have all sorts of private fun by yourself or with someone else and be rewarded with printout photo strips? Now take that same idea and imagine it at your wedding reception. That is the idea behind the rented photo booth, and trendsetting business PhotoboothTO, which has been an innovator in the Toronto photo booth scene since 2013. The industry has grown to such a point that you now cannot attend a wedding ceremony without being asked “where is the photo booth?” As many guests have declared “it’s not a wedding without a photo booth.”

What is a photo booth, exactly?

PhotoboothTO is a photo booth rental service company that caters to clients in downtown Toronto, throughout the GTA and beyond. We offer clients a variety of packages and booth options, from private-enclosed to open-concept, as well as backdrop options ranging from gold-spangled to green screen. Every booth comes with a prop box and a friendly attendant, who will engage with guests and create a welcoming environment. After guests use the photo booth they will receive a photo strip (or strips, depending on the clients preference) displaying their photos as a souvenir.

How the photo booth works

The photo booth is very simple to use and can be operated by guests of all ages. The guest(s) simply enters the booth, presses the start button on the touch-screen, and poses for their pictures. After the guest is done taking their pictures the booth will immediately begin to print out a strip of the photos taken for the guest to take home as a souvenir. Furthermore, the booth is home to a slide show which displays photos taken throughout the event, allowing guests to watch and laugh as photos of themselves and others flash up on the screen, a feature exclusive to PhotoboothTO.

Why you need a photo booth at your wedding ceremony

The photo booth has now become a staple at wedding ceremonies. So much so that Kanye West and Kim Kardashian featured one at their exclusive 2014 wedding:
http://www.usmagazine.com/celebrity-news/news/kim-and-kanyes-wedding-photo-booth-see-the-pictures-2014255
Another photo booth was spotted at the recent 2015 Golden Globes awards, capturing a host of famous celebrities as they participated in the festivities:
http://time.com/3663713/golden-globes-photos-instagram/
The beauty of the photo booth is its magnetic draw and ability to bring guests together and open them up to a shared experience. The booth brings together young and old, men and women, and despite the sterness of their character, everyone opens up and enjoys themself in the booth. Another feature of the photo booth that parents love is that it serves to preoccupy energetic children. Many clients also opt for the luxe guest book in their package, a keepsake which includes a copy of every photo taken during the night and gives guests the ability to send their regards to the newly wedded couple by writing in the book next to their pictures.

To learn more about the photo booth and learn how you can book one for your wedding, visit www.photoboothto.com 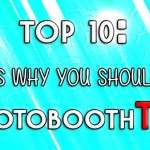 TOP 10: Why You Should Book PhotoboothTO 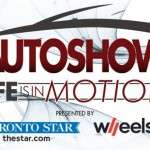